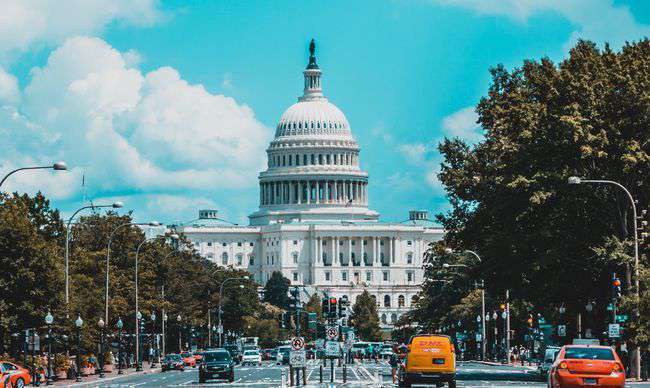 It’s been six weeks since the Copyright Alternative in Small Claims Enforcement (CASE) Act (H.R.3945) was introduced to Congress by a bipartisan coalition of Representatives, and while there’s an abundance of support among politicians, creators, artists’ rights organizations, and the Copyright Office, some have been critical of the legislation. Although much of the pushback can be chalked up to certain groups who seemingly resist any effort to hold infringers accountable for misappropriation, it’s worth addressing some of the criticisms to show that they’re largely baseless.

The CASE Act would create a Copyright Claims Board (CCB) within the Copyright Office to hear claims brought by individual creators and copyright owners. It aims to provide a venue for these often frustrated parties to address rampant infringement online, empowering a class of rights holders who have limited means and few opportunities for recourse. But some have argued that this system will be tilted in favor of claimants and unfairly burden respondents, and these critics are calling for the bill’s defeat.

One supposed problem with the CCB, according to its critics, is that the three-officer panels overseeing cases will be biased and favor the claimants and copyright owners. It’s a bold assumption, but unfortunately not surprising coming from organizations that routinely accuse the Copyright Office of being “pro-content” or “anti-user”—accusations that remain completely unsubstantiated.

Perhaps anticipating such charges, the CASE Act calls for a panel in which two of the three claims officers must have diverse copyright experience which includes representing the interests of both creators and content users. As Section 1401(b)(3)(A) on officer qualifications explicitly states:

The third claims officer is required to be an expert in alternative dispute resolution who also has substantial copyright law experience. Any fear that these officers will render decisions unfairly in favor of claimants is likely a reaction to the realization that the small claims system will finally hold accountable a large number of infringers who have previously flown under the radar.

Another criticism of the CASE Act is that due to appearance requirements and allegedly unfair notice procedures, the Copyright Claims Board will issue a disproportionate amount of default judgments against respondents and thereby violate due process and personal jurisdiction. However, Section 1405(g) establishes clear notice obligations of claimants, including proof of service within 90 days of receiving notice to proceed. Furthermore, there is no rule requiring parties to appear in-person before the Board in Washington, D.C. It’s anticipated that smaller claims will be electronically resolved, while larger disputes will be handled via video conferencing. Section 1405( c ) clearly explains:

Critics also claim default judgments would be difficult to overturn, despite section 1407( c ) explicitly providing an opportunity to appeal determinations to the District Court of the District of Columbia. Additionally, Section 1407( c )(1)( c ) allows for respondents to challenge default determinations “where it is established that the default or failure was due to excusable neglect.”

There have also been arguments that, at $30,000, the damages available to claimants are too high. But while it may seem like a big number compared to what’s available in other small claims courts, it is the absolute ceiling of available damages. The CCB has discretion to award up to $30,000, and that limit is much lower than what an infringer might be on the hook for in federal court.

Making these criticisms of the small claims initiative seem even more absurd is the fact that the proceeding will be completely voluntary, allowing respondents to opt out of the entire system if preferred. While it’s hoped that respondents will choose to resolve claims before the CCB—rather than risk a potentially worse fate in federal court—there is no obligation to participate if they see the process as unfair or burdensome.

The reality is that the notice requirements and damages available represent a system that is no more skewed towards claimants than any other adjudicatory proceeding. Arguments to the contrary reflect a resistance to a system that will finally hold accountable infringing behavior that, because of past difficulty to address it, has become routine in the digital age. It’s time to give small creators and copyright owners a realistic shot at protecting their works, and making the CASE Act law would lead the way in this long-overdue and worthy endeavor.

Keeping the Pirates at Bay

About a month ago, the Swedish headquarters of the popular torrent website The Pirate Bay was raided by local authorities, and the site went offline. In the wake of the shutdown of websites offering illegal p2p sharing, such as... Continue →