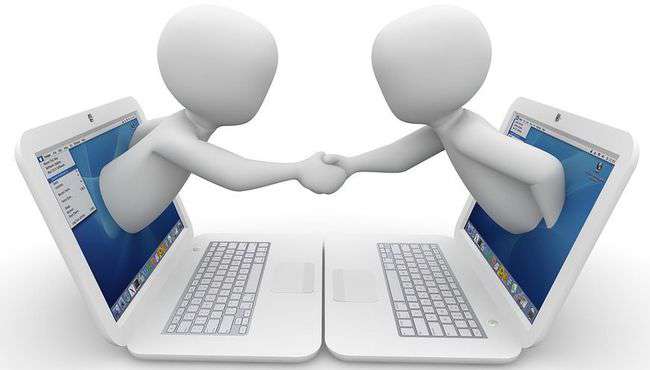 In late January, it was reported that the “six strikes” Copyright Alert System (CAS) was coming to an end. Originally implemented in 2013, the CAS was the result of a voluntary agreement between Internet service providers and the entertainment industry to fight online copyright infringement after legislative efforts were unsuccessful. While it’s unfortunate that the joint program did not achieve the intended results, its failure was due to a lack of effective deterrence and should not discourage stakeholders from working together to better address the enduring problem of repeat infringers.

In 2011, a number of groups representing the interests of creators and copyright owners came together with five major internet service providers (ISP) to form the Center for Copyright Information (CCI). According to their mission statement, the CCI intends “to educate consumers about the importance of copyright protection and to offer information about online copyright infringement.” The CAS was introduced as a mechanism to identify the unauthorized distribution of copyrighted works via peer-to-peer networks and to notify service providers of potential unlawful activity by their subscribers. Once service providers were made aware of copyright infringement by a subscriber, they would send warning notices informing the subscriber of the unauthorized activity and pointing them towards legitimate sources of content.

The unique feature of the CAS was a “six strikes” graduated response system that was supposed to incrementally lead to more serious consequences as the same account was flagged again and again for infringing activity. The first few strikes consisted of warnings, eventually requiring the subscriber to acknowledge receipt of the notice and respond to their ISP. According to the CCI’s Memorandum of Understanding, after the fifth warning, ISPs were expected to penalize subscribers by throttling bandwidth or suspending service until the subscriber contacted the ISP to “discuss” the alerts. But exactly how an ISP chose to address repeated infringement was discretionary, and at no point were they required to cut off Internet service.

It’s not surprising that creators and copyright stakeholders have become frustrated with the lack of accountability in repeat infringement policies. It seems that ISPs rarely, if ever, actually suspend or terminate service, even after being notified of incessant infringing activity by a subscriber. In the ongoing copyright infringement case BMG v. Cox, the ISP’s recurrent willful blindness and enablement of infringing activity was evidenced by emails between customers flagged for infringement and account managers at Cox. The record shows multiple instances of upwards of 14 notices and warnings sent to subscribers, with Cox doing everything they could to continue providing high-speed access to the offending account. Even if Internet access was temporarily suspended or bandwidth throttled, a short phone conversation with the subscriber would result in the immediate reinstatement of all services. While Cox is not a member of the CCI, it’s still subject to the repeat infringer policies of the Digital Millennium Copyright Act (DMCA) and it’s lenient reaction is typical of an industry that would rather turn a blind eye when confronted with customer infractions.

It’s difficult to imagine this type of lax enforcement providing any deterrent to those illegally downloading or uploading copyrighted content. Consider a shopkeeper who has been victimized by a string of thefts. The surveillance video doesn’t capture the thief’s face, but footage from the parking lot shows the perpetrator arriving and fleeing in the same vehicle every time. The shopkeeper gives the license plate number to the company that operates and allows access to the parking lot, asking them not to let the car in. Under a graduated response system such as the CAS, the parking lot operators would first only be required to put an “educational” flier on the windshield of the car, and maybe, after six instances of theft, have a quick chat with the person driving the car before allowing them back into the lot. It seems ridiculous when applied to a “real-life” situation such as this, but it’s no different than the CAS response to the rampant digital theft occurring online.

When it was announced the CAS would be retired, some groups claiming to represent the interests of subscribers rejoiced, arguing that the private agreement ignored input from the public and violated privacy and constitutional rights. These organizations bemoaned the lack of transparency in the “secretive” agreements, claiming that the pubic concerns were not represented. But despite these allegations, the CCI’s leadership continues to include representatives from supposed user-friendly interest groups such as Public Knowledge and the Center for Democracy and Technology. Indeed, subscribers and copyright owners are both better served through advocates that understand the complex legal issues involved with digital copyright infringement.

It’s unfortunate that a good-faith effort by sometimes-adversarial parties to confront the increasing problem of online piracy came up short, but at least the weakness of the system is clear. Without real consequences, any identification and notification system is a futile exercise. As online infringement shifts from downloading to streaming a concerted effort is needed to ensure that meaningful mechanisms to deter copyright infringement are adopted, and the CCI shouldn’t lose faith in the voluntary agreements that can make them a reality.

Earlier this month, scholars at the American University Washington College of Law’s Program on Information Justice and Intellectual Property (PIJIP) published a paper suggesting that governments around the world should consider weakening... Continue →