Google Image Search and the Misappropriation of Copyrighted Images 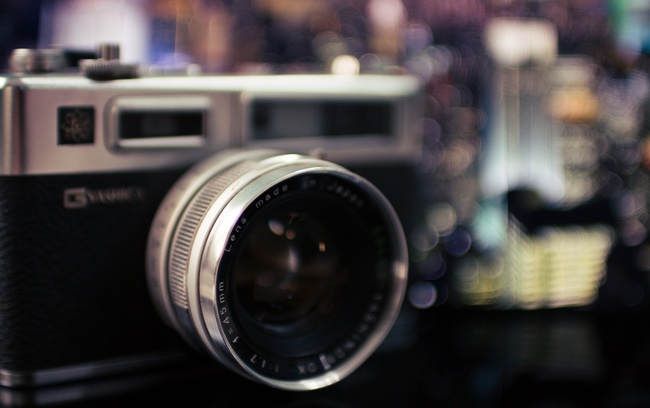 Specifically, Getty’s complaint focuses on changes made to Google’s image search functionality in 2013 that led to the appealing image galleries we’re familiar with today. Before the change, users were presented with low-resolution thumbnail versions of images and would be rerouted to the original source website to view a larger, more defined version and to find out how they might legally license or get permission to use the work. But with the current Google Image presentation, users are instantly delivered a large, desirable image and have no need to access the legitimate source. As Getty says in its complaint, “[b]ecause image consumption is immediate, once an image is displayed in high-resolution, large format, there is little impetus to view the image on the original source site.”

According to a study by Define Media Group, in the first year after the changes to Google Image search, image search referrals to original source websites were reduced by up to 80%. The report also provides before and after screenshots of a Google Image search and points out that before 2013, when a thumbnail was clicked, the source site appeared in the background. Not only does the source site not appear in the new version, but an extra click is required to get to the site, adding to the overall disconnect with the original content. Despite Google’s claims to the contrary, the authors of the study conclude that the new image search service is designed to keep users on the Google website.

It’s difficult not to consider Google’s image UI [user interface] change a shameless content grab – one which blatantly hijacks material that has been legitimately licensed by publishers so that Google Image users remain on their site, and are de-incentivized from visiting others.

While Getty’s complaint against Google is based on anticompetitive concerns, it involves the underlying contention that Google Image search enables misappropriation of copyrighted images on a massive scale. Anyone who has run a Google Image search knows that with the click of a mouse, a user is presented with hundreds of images related to their query, and with another simple right click, that user can then copy and paste these images as they please. But Google Image search often returns an abundance of copyright protected images, enabling anyone to copy, display and disseminate images without considering the underlying copyright and existing licenses. And while using the service may be free, make no mistake that Google is monetizing it through advertisements and the mining of users’ personal data.

When users are able to access and copy these full-screen, high resolution images from Google Image search, not only do third-party image providers lose traffic to their website, but the photographers and creators behind the images lose potential income, attribution and exposure that would come with users accessing the original source. As General Counsel Yoko Miyashita explains, “Getty Images represents over 200,000 photojournalists, content creators and artists around the world who rely on us to protect their ability to be compensated for their work.” When Google Image search obviates the need for a user to access the original creative content, these artists and creators are being denied a fair marketplace for their images, and their ability and motivation to create future works is jeopardized.

Shortly after Google changed to the new image search, individual photo publishers and image creators took to a Google Forum to voice their concerns over the effects the service was having on their images and personal web pages. A recurring complaint was that the service made it more difficult to find out information about images and that users now had to go through more steps to reach the original source website. One commenter, identifying herself as a “small time photo publisher,” described Google’s new practice of hotlinking to high-resolution images as a “skim engine” rather than a “search engine.” She lamented that not only was Google giving people access to her content without visiting her site, but her bandwidth usage (i.e. expense) went up due to the hotlinking of her high resolution images.

Google Image supporters argue that creators and image providers should simply use hotlink protection to block Google from displaying their content, but Google’s search engine dominance is so absolute, this would further curtail traffic to the original source of the content. Others suggest image providers stamp their images with watermarks to protect from infringement, but Getty VP Jonathan Lockwood explains that doing so would result in punishment from Google.

They penalise people who try to protect their content. There is then a ‘mismatch penalty’ for the site: you have to show the same one to Google Images that you own. If you don’t, you disappear.

The internet has made sharing creative works and gaining exposure as an artist easier than anyone could have imagined before the digital age, but it has also brought challenges in the form of protecting and controlling creative content. These challenges are particularly burdensome for image creators and providers, whose creative works are subject to unauthorized use the moment they are put online. Over the last few years, Google Image search has contributed to this problem by transforming from a service that provided direction to creative works to a complete substitute for original, licensed content.

With fewer opportunities for image providers and creators to realize a return–whether it be in the form of payment, attribution, or exposure–from their works, creativity and investment in creators will be stifled. Artists and rightsholders deserve fair compensation and credit for their works, and technology needs to work with image providers rather than against them to ensure that great content continues to be created.

Over the past few weeks, widespread criticism has emerged over a superfluous and seemingly partisan effort to override existing copyright law. The target of concern is the American Law Institute’s (ALI) Restatement of the Law, Copyright... Continue →