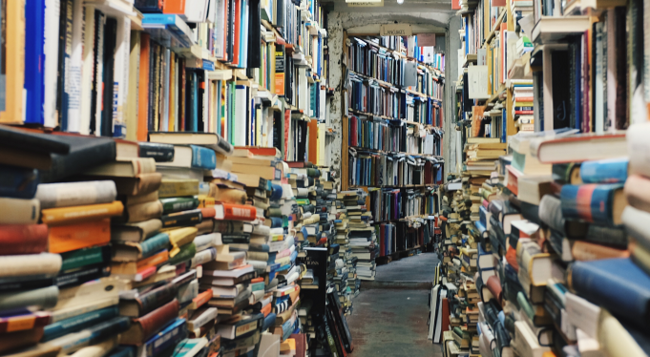 On December 14th, a group of librarians sent a letter to Congress explaining why they believe the Copyright Office should remain under the control of the Library of Congress. Written by University of Virginia Library’s Brandon Butler, the letter is a self-contradicting and uninformed response to recent recommendations on reform of the Copyright Office offered by leading members of the House Judiciary Committee. While the lawmakers’ report proposes overdue, sensible reforms to the framework of a department in need of modernization, the librarians’ letter favors a one-sided approach to reform and reveals a gross misunderstanding of how copyright law and the Copyright Office ensure public access to creative works.

The Letter Embraces the Very Conflict It Claims to Reject

The letter begins by criticizing another recent letter to Congress from former Registers of Copyright Ralph Oman and Marybeth Peters in which they question the recent firing of Register of Copyright Maria Pallante and discuss the urgent need for an independent Copyright Office. Butler takes issue with the former Registers’ suggestion that the Library of Congress and the Copyright Office have different priorities and distinguishable missions, insisting that if any tensions exist, they are a result of bias at the Copyright Office. Alleging that the former Registers and the Copyright Office are “on the side of authors and media companies,” Butler proclaims that libraries “in all their richness and complexity” truly serve the interest of all. It’s a nice-sounding theory, but unfortunately it’s completely inaccurate and soon contradicted by a palpable disregard for the rights of authors and creators.

Claiming that librarians and the Library of Congress don’t subscribe to the theory of an adverse dichotomy between authors and the public, the letter then reinforces this theory by suggesting the scales should be tipped in favor of the public. In one paragraph, Butler endorses the “important balance between the short-term, private interests of authors and intermediaries, and the long-term interests of the public.” Curiously, just after he lauds this “important balance,” it is abruptly discarded as a reflection of “a narrow conception” and “inimical” priorities that cause an unproductive tension between the Office and the Library of Congress. Soon after describing libraries as the “fulcrum” upon which the balance of copyright and the public interest rests, the letter declares that “[we] reject this false dichotomy between copyright and the public interest.”

Regardless of this hollow denunciation, it’s clear that Butler believes there is a conflict between the interests of authors and the interests of the public, as he preaches to it throughout the letter. After paying lip service to rising above tensions between copyright and the public interest, Butler distinctly pushes for a system that values libraries over creators and the rights in their works. Describing the “crucial parts” of the copyright system embraced by libraries and librarians, the letter lists “fair use, first sale, interlibrary loan,” and claims that “without them libraries as we know them in this country could not exist.” One might argue that more crucial to the existence of libraries are the creative works that line their stacks, but this reality doesn’t seem worth mentioning. In fact, Butler asserts that copyright law has a “fundamentally public-serving character,” contrary to the letter’s earlier emphasis on serving copyright owners, authors, and the public equally. After praising the balance, then rejecting it, the letter unequivocally elevates the importance of the access libraries provide over the contributions and rights of creators.

James Madison observed in Federalist No. 43 that “the public good fully coincides … with the claims of individuals.” The Founders of our country recognized that creative economies are built upon the property rights of authors and artists, and as CPIP’s recent policy brief on creative markets explains, they “had the foresight to recognize that the public ultimately benefits when this protection is secured by law.” Promoting the public interest by recognizing the importance of individual interests was a theory drawn from Adam Smith and his seminal The Wealth of Nations. In it, Smith explained that concerted efforts to benefit the public are often less effective—and less helpful to society—than uncoordinated individual efforts to pursue private interests, and that society benefits the most when individuals are empowered to create valuable goods and services by pursuing their own interests.

Embodying these principles, copyright empowers authors and creators to pursue their own private interests by granting them exclusive property rights in their works. These same property rights support creative industries and provide significant benefits by playing a key role in facilitating the myriad transactions that contribute to a vibrant creative economy grounded in free market principles. Among other things, these property rights enable the division of labor, encourage product differentiation and competition, and spur investments in the development and distribution of creative works. Copyright not only incentivizes the creation of works, but also the commercialization of these works through further development, marketing, and distribution.

Copyright’s intricate ecosystems are based on incentives that ensure the continued creation and distribution of original works of authorship, yet the librarians’ letter doesn’t seem to appreciate their significance or how they function. Butler dedicates much of the letter to emphasizing the importance of public access to copyrighted works, but access is only the final step in a complex system of investment, commercialization, and distribution of creative works. The librarians claim to “understand that copyright is a complex ecosystem,” but nothing in the letter validates this assertion. The only part of the creative economy they deem worth discussing is the end result of access, with all other imperative stages either not realized or ignored.

The Librarians Are Oblivious to a Broken System

Ending with a plea to Congress not to interfere with the current “relationship” between the Library of Congress and the Copyright Office, the letter claims the Library is in the best position to lead a desperately needed modernization initiative at the Office. It’s a bold claim, given that the Library stood by as the Office’s infrastructure became embarrassingly outdated and underfunded over the past twenty years. Before her untimely ouster, Register Pallante provided Congress with a perspective on copyright review that included a detailed list of deficiencies within the Office in need of improvement. Specifically, Pallante cited the diminishing number of fulltime employees and inadequate budget that have made it all but impossible to support growth and development at the Copyright Office:

The Copyright Office budget is consistently in the neighborhood of $50 million, of which $30 million is derived from fees paid by customers for registration and other services. The Library’s overall budget for 2015 is approximately $630 million, inclusive of the Copyright Office. Without taking anything away from the important duties or funding deficiencies in the rest of the Library, the Copyright Office’s resources are inadequate to support the digital economy it serves.

Pallante’s report goes on to discuss the serious information technology (IT) problems facing the Office, and to question the Library’s plan to address IT concerns by exerting more control over the Office’s departments and decisionmaking. The former Register was wise to question a plan that would give more control to an organization that has consistently failed to value or support the Copyright Office and its mission.

Further demonstrating just how out of touch they are with the realities of the current copyright law landscape, an affiliated group of librarians recently professed their faith in the Digital Millennium Copyright Act (DMCA) safe harbor system that is undoubtedly failing creators, copyright owners, and the public. In comments submitted to the Copyright Office as part of its study on the effectiveness of Section 512 of the DMCA, the Library Copyright Alliance (LCA) makes the absurd claim that the “safe harbors are working exactly as the stakeholders and Congress intended.” But, just before this assertion, the comments accuse copyright owners of abusing the DMCA’s notice and takedown process, and suggest amendments to the DMCA are necessary “to curtail this abuse.” Not only are the LCA’s comments utterly contradictory, they ignore substantial evidence and testimony from dozens of interested parties that the DMCA needs to be reformed and updated.

As CPIP highlighted in a recent examination of the state of the DMCA, the notice and takedown system has been largely ineffective in managing the ever-increasing amount of piracy, and courts continue to diminish service providers’ responsibility to cooperate with copyright owners to detect and deter infringement. The constant game of whack-a-mole with websites offering infringing content continues, and platforms such as YouTube are teeming with unauthorized works. Artist, creators and copyright owners have loudly voiced their frustration with the current system and called for reforms that better respect their rights. In the face of such obvious evidence of a broken system, to claim the DMCA is working exactly as intended speaks volumes of the librarians’ inability to recognize the reality of the situation.

It’s Time for Change at the Copyright Office

The House Judiciary Committee’s proposal on copyright reform is a response to years of listening “to the views and concerns of stakeholders from all sides of the copyright debate,” and it identifies modernization efforts that address the concerns of these interested parties. Since 2013, the House Judiciary Committee’s Subcommittee on Courts, Intellectual Property and the Internet has conducted 20 copyright review hearings on the current state of copyright law which included testimony from 100 witnesses. In addition to the hearings, Committee Chairman Bob Goodlatte and Ranking Member John Conyers brought a copyright listening tour to Nashville, Silicon Valley, and Los Angeles where a wide range of creators, innovators, technology professionals, and users of copyrighted works had the opportunity to tell the Committee directly what changes they believe are needed to ensure U.S. copyright law evolves with the digital age.

The resulting policy proposals reflect a broad acknowledgment by those who participated in the review that the Copyright Office must be updated to keep up with the digital culture it serves. Two of the most important steps in this modernization effort identified by the Committee include requiring the Office to maintain an updated digital database and granting the Office autonomy with respect to the Library of Congress. If Brandon Butler and the signatories of his letter had their way, the Copyright Office would remain under control of an organization that has proven it is unable to help propel the Office into the 21st century. It’s not particularly surprising that librarians would want the Library of Congress to retain control over the Copyright Office, but an overwhelming majority of creators, copyright law experts, and lawmakers recognize that the Office needs to move forward, rather than remain trapped in the past.

Earlier this month, the United States Trade Representative (UTSR) released its annual Report on the global state of intellectual property rights, identifying a range of threats to worldwide innovative markets and calling out countries... Continue →