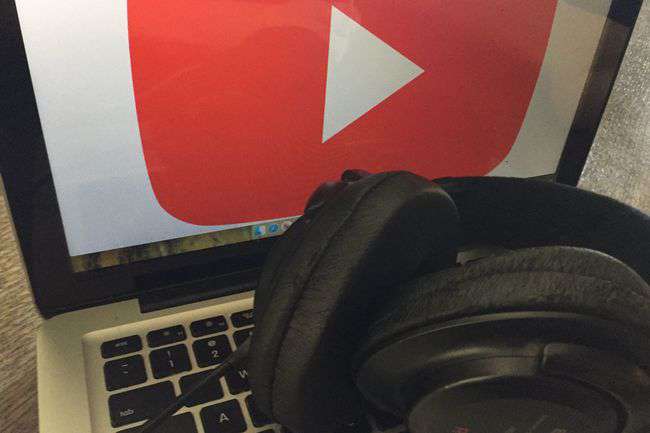 Published this week by the International Federation of Phonographic Industry (IFPI), a new report on the way music is being consumed confirms what’s become apparent in recent years: Streaming is king when it comes to how people listen to music, and stream-based piracy has taken over as the most popular way to steal music. The 2017 Music Consumer Insight Report, titled “Connecting with Music,” highlights not only the rise in both legal audio streaming and stream-based copyright infringement, but also the “value gap” created by user-uploaded video services that fail to return fair value to the creative community.

The study looked into the habits of consumers across 13 of the world’s leading markets and found that while on-demand digital streaming service subscriptions continue to rise, more and more fans are turning to free, user-uploaded video websites to listen to music. Thanks in part to a variety of services to choose from and over 40 million tracks licensed for streaming, 45% of music fans worldwide are engaged in licensed audio streaming of some kind in 2017. This is up from 37% in 2016, and when the focus is narrowed to a younger geographic, the percentage skyrockets to 85%.

Among internet users, the report found that 75% listened to music through streaming video services, as opposed to the 45% who used only audio. This is telling because these consumers are overwhelmingly flocking to YouTube for the massive amounts of free content and music it provides. YouTube is by far the most popular user-uploaded video site, accounting for over 80% of all online video streaming. And while plenty of licensed music is available on YouTube, the report warns that user-upload platforms are creating disparity in value returned to those investing in and making music.

The report notes that the average estimated annual revenue per user on YouTube is less than US $1, whereas a subscription based service such as Spotify averages about $20. Musicians, record labels, and others in the creative industries have identified YouTube as one of the biggest threats to the future of music streaming due to its ability to coerce below-market streaming royalty rates. Safe harbor provisions in the Digital Millennium Copyright Act allow YouTube and other platforms that distribute creative content to dodge copyright infringement liability, and thus negotiate for inequitable streaming rates. It leaves copyright owners and creators between a rock and a hard place, forcing them to choose between negligible monetization and nothing at all.

Also harming creators and copyright owners is the rising number people stealing music through stream ripping. The authors of the study found the percentage of internet users who engage in unauthorized stream ripping rose from 30% in 2016 to 35% in 2017. Similar to legitimate streaming, the percentage of users involved is much higher among younger groups, with 54% of those 16-24 taking part in ripping. And though the music industry seems to have scored a victory by recently shutting down one of the most popular stream ripping services, it’s unclear if this will have an effect on recent trends, as other websites and services will surely pop up to fill the void.

In one encouraging development, just days after the IFPI report was published, it was reported that Google has agreed to a deal with a French anti-piracy organization to better combat copyright infringement on YouTube. The agreement—which was backed by France’s Ministry of Culture and National Centre for Cinema and the Moving Image (CNC)—will see Google and the ALPA working together to more effectively target infringing content by allowing rightsholders direct access to YouTube’s content ID and takedown mechanisms. The goal is to enable creators and rightsholders to quickly identify and either remove or monetize unauthorized work.

While it’s promising to see these two sides come together, it remains to be seen whether ( a ) the initiative will have any meaningful effect on infringement, ( b ) monetization rates will remain below market and ( c ) similar arrangements will spread throughout Europe and to the United States. What’s clear from the IFPI report is that the growth of streaming and stream-based piracy is not slowing down, and without effective procedures to rid user-uploaded sites of unauthorized content and deter ripping, the creative community will continue to be shortchanged.

Earlier this month, a federal judge in New York denied a motion to dismiss a copyright infringement suit against notorious “Instagram artist” Richard Prince, setting the stage for another transformative fair use showdown. The lawsuit is... Continue →