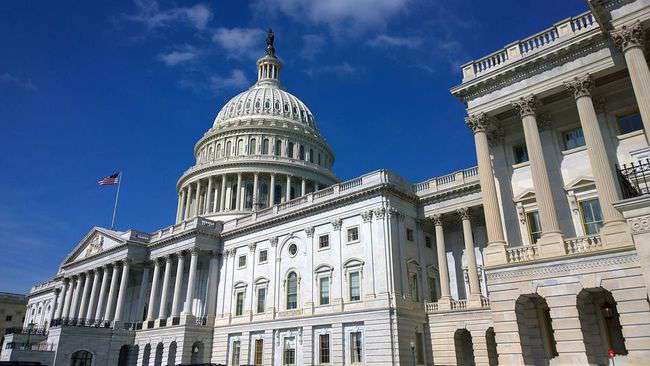 Last Thursday, House Judiciary Committee Chairman Bob Goodlatte and Ranking Member John Conyers, Jr. introduced the Register of Copyrights Selection and Accountability Act. The Act is the first legislative effort to follow a four-year review of U.S. Copyright law and aims to kick-start an overdue modernization of the United States Copyright Office (USCO). Focusing on the selection process of the Register of Copyrights, the concise bill requires the Register to be nominated by the President of the United States and subject to confirmation by the U.S. Senate, rather than appointed and dismissed at the pleasure of the Librarian of Congress.

In 2013, the House Judiciary Committee began a comprehensive bipartisan review of the copyright system that included 20 hearings, testimony from over 100 witnesses, and a listening tour that invited input from copyright stakeholders across the country. According to the Committee, the goal of the review was “to determine whether the copyright laws are still working in the digital age to reward creativity and innovation.” In December 2016, the first policy proposal to come out of the review focused on Copyright Office operation and stressed the need for information technology (IT) upgrades, the creation of advisory committees and a small claims system, and overall decision making autonomy.

The Copyright Office is currently part of the Library of Congress, a legislative government agency and the main research arm of the U.S. Congress. The Office’s budget and leadership are determined by the Library, which is able to make important decisions independent of any outside review or accountability. It’s a curious arrangement, different from most other federal agencies whose leadership is subject to the checks and balances of an executive nomination and Congressional confirmation process.

As former Registers of Copyrights Ralph Oman and Marybeth Peters point out in a recent letter to Congress, the Copyright Office’s residence in the Library of Congress is a largely the result of a historical accident from the late 19th century. In 1870, Librarian of Congress Ainsworth Rand Spofford convinced Congress that copies of works submitted for copyright registration should be deposited to the Library to help build its collection, and thus the Copyright Office came under the authority of the Library. But nearly 150 years later, the Library of Congress—due to its own unique mission and approach to copyright law—is not best positioned to oversee the operation of an agency in need of reform.

There’s no dispute that the Copyright Office is in need of a facelift. For years, the Office has been underfunded, understaffed, and undervalued, making growth and development with the digital age all but impossible. Before her untimely ouster, Register Maria Pallante provided Congress with a perspective on copyright review that included a detailed list of deficiencies within the Office in need of improvement. While Pallante is no longer leading the Copyright Office, her concerns were echoed by stakeholders during the review hearings and listening tour, and Congress has recognized the need to begin an extensive modernization effort.

The copyright system is vitally important to the U.S. economy. According to a 2016 report by the International Intellectual Property Alliance, core copyright industries contributed over $1.2 trillion to the U.S. GDP and employed more than 5.5 million U.S. workers. Despite claims that its role is “mundane” and leader inconsequential, the Copyright Office plays a central role in the copyright system by providing expert reports and advice to Congress on a variety of copyright-related issues. Section 701(b) of the Copyright Act charges the Register of Copyrights with a number of meaningful duties, and Congress regularly looks to the Register and the Office for input on the development of copyright law.

Making the Register a presidential appointee with the advice and consent of the Senate (PAS) is necessary to ensure that all stakeholder concerns are addressed prior to confirmation and that the Register remains accountable to Congress. Since the unceremonious removal of Register Pallante in October, there is no permanent Register of Copyrights in place, and the current Librarian of Congress is conducting a highly-unusual internet survey to determine the qualities of the next Register. The direct line of communication to the USCO that Congress enjoyed in the past has been disrupted, and consequential decisions are being made with little regard for consultation or accountability.

These troubling developments are evidence that the system needs to change, and it’s imperative the next Register be subject to the same processes used to select the leaders of equally important government agencies. Only when the value of the Copyright Office is recognized and its infrastructure and operations updated can the system begin to modernize and keep up with the creative culture it serves.

Update: Since this article was posted, H.R. 1695 easily passed through the House with a lopsided vote of 378-48. The overwhelming bipartisan support for the bill was praised by Representatives, creative communities, civil rights organizations, individual artists, intellectual property experts, industry, innovators, and more. In May, the bill was introduced to the Senate as Senate Bill 1010 and referred to the Senate Committee on Rules and Administration. Though the bill may face a harder path than it did in the House, it already has the support of a bipartisan group of Senate heavyweights such as Judiciary Committee Chairman Chuck Grassley (R-Iowa), ranking member Dianne Feinstein (D-Calif.), former chairmen Patrick Leahy (D-Vt.) and Orrin Hatch (R-Utah).

Alright, let’s talk some copyright! Remember Napster? Or maybe you were into Limewire? How about Kazaa? Grokster? I was an undergrad in the early two-thousands (aughts?) when the Internet was teeming with peer-to-peer (P2P) file sharing... Continue →