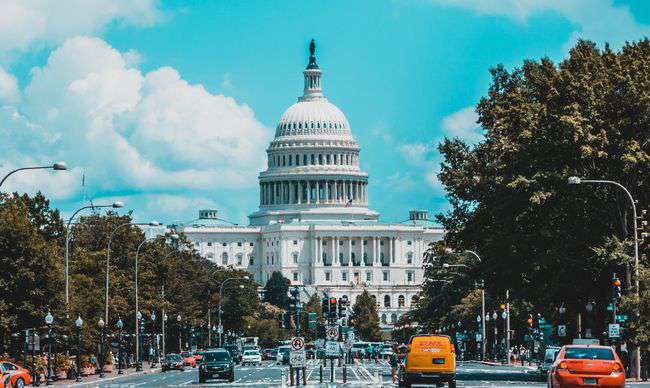 This month, Congress introduced a bill that would establish a long-discussed small claims court for copyright disputes. The legislation comes after a House Judiciary Committee proposal based on a four-year review of the US Copyright system and a 2013 report by the Copyright Office that recommended “the creation of an alternative forum that will enable copyright owners to pursue small infringement matters and related claims arising under the Copyright Act.” The bill represents one of the key reforms intended to modernize the US copyright system, hoping to finally empower creators of limited means in the fight against the unauthorized use of their works.

Dubbed the Copyright Alternative in Small-Claims Enforcement (CASE) Act, the legislation was introduced to the House of Representatives by Congressmen Hakeem Jeffries (D-NY) and Tom Marino (R-PA), along with Representatives Doug Collins(R-GA), Judy Chu (D-CA), Ted Lieu (D-CA), and Lamar Smith (R-TX). The bill proposes the creation a Copyright Claims Board overseen by three Copyright Claims Officers, who would be appointed by the Librarian of Congress and serve a six-year term. Among other duties, these Officers would render determinations on the civil copyright claims brought before the Board, with damages capped at $30,000.

In 2011, a study by the American Intellectual Property Law Association (AIPLA) found the cost of litigating a copyright infringement lawsuit with less than $1 million at stake was roughly $350,000. This figure has surely grown over the past six years, and unfortunately, so too have instances of infringement. In addition to cost concerns, the time it takes for a copyright claim to be resolved has also deterred many copyright owners from pursuing lower-value claims. The Copyright Office small claims report noted that it takes nearly a year and a half for cases to go to trial in the districts that see the highest volume of copyright complaints.

The establishment of the small claims system would give plaintiffs of limited means an opportunity to represent themselves or be represented pro bono by copyright attorneys and supervised law students. Not only will the Copyright Board provide copyright owners with a chance to recover damages that, to them, are not insignificant, it will give them a voice in the fight against infringement and hopefully deter acts of infringement that have become all to casual in the digital age.

The reality is that the majority of copyright owners are small businesses and individual creators who often lack the means to bring an infringement suit in federal court. According to a report by the Professional Photography Association, 70% of photographers have experienced unauthorized use of their work, but most instances of infringement are valued at less than $3,000. With relatively small sums of money and damages on the line, attorneys are reluctant to dedicate their time to representing individual artists and small businesses.

Speaking on the CASE Act at the Center for the Protection of Intellectual Property’s (CPIP) recent Fifth Annual Fall Conference, copyright expert Mike Klipper and CPIP Senior Scholar Sandra Aistars praised the House’s effort to implement a system that will benefit frustrated small creators. Klipper explained that the House Judiciary Committee heard creators and stakeholders loud and clear during its review tour in which it solicited suggestions on how the copyright system could better serve those it’s meant to incentivize and protect. Artists and small creators were tired of feeling powerless against rampant online infringement and asked for a venue that would allow them to challenge the theft of their works without breaking the bank.

While the Copyright Claims Board is a step towards empowering small creators, it’s important to point out that because the adjudicatory proceedings do not involve a jury trial, participation is voluntary for both parties. But, as Robert Levine points out in his review of the CASE Act, many defendants would likely still agree to the proceedings due to the high cost of defending themselves in federal court.

With the future of other legislative efforts to modernize the Copyright Office uncertain, it’s difficult to predict whether the CASE Act will become law. At the moment, the bill is supported by a bipartisan group of Representatives and doesn’t appear be strongly opposed by stakeholders who might find themselves named as defendants, which bodes well for its passage.

As Klipper explained in his commentary on the Copyright Claims Board, the time to act on copyright reform is now, as House Judiciary Committee Chairman—and champion of copyright reform—Bob Goodlatte’s term will come to an end in February of next year. Before that time, the establishment of a small claims system that will benefit both petitioners and respondents alike and provide a long-overdue service to the creative community will help to modernize the US copyright system.

It’s been six weeks since the Copyright Alternative in Small Claims Enforcement (CASE) Act (H.R.3945) was introduced to Congress by a bipartisan coalition of Representatives, and while there’s an abundance of support among politicians,... Continue →