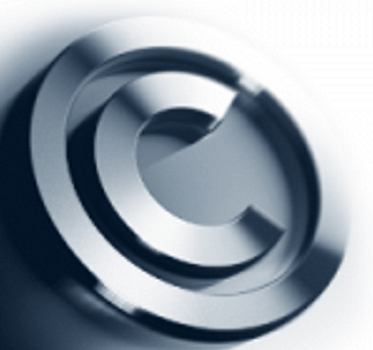 Last week, the Electronic Frontier Foundation (EFF) launched a series of “science fiction stories” as part of their ongoing crusade to invalidate Section 1201 of the Digital Millennium Copyright Act (DMCA), which prohibits the circumvention of copyright technical protection measures (TPMs). Though Section 1201 provides exemptions to the prohibitions under certain circumstances, the EFF considers them to be “complicated” and “difficult to use” and advocates for broad exemptions that would allow anyone engaged in fair use copying to override TPMs. It’s a proposition that disregards legal alternatives to hacking digital protection mechanisms, and it’s one that promotes a fallacy that the fair use doctrine requires that a user have the most convenient access to the highest quality version of a work.

In an attempt to “illustrate the bad effects DMCA 1201 could have,” the EFF presents a hypothetical situation—titled The Unicorn Scene and written by science fiction author Mur Lafferty—in which Mary, a film student, wants to create a video using 300 scenes from five popular movies. After lamenting that licensing each individual clip would cost $300,000, Mary’s friend suggests illegally bypassing the TPMs protecting the films to copy the scenes she wants. Mary thinks better of breaking the law and instead chooses to recreate the scenes herself last minute, which results in a “terrible” film that wins no awards at the film festival she helped organize.

The hypothetical paints copyright and the 1201 prohibitions against circumvention as impediments to the creative vision of a young artist, echoing the familiar “chilling effect” refrain used by organizations representing those with an interest in weak copyright laws. But to argue an artist should be able to appropriate copyrighted material in the creation of a work that qualifies as fair use is not the same as arguing a user should be able to use illegal hacking tools to override digital protections in the creation of the new work. The fair use doctrine doesn’t promise the most effortless or technologically superior path to appropriation, especially when—as in this instance—there are adequate alternatives to overriding TPMs.

The DMCA requires that every three years the US Copyright Office (USCO) conduct a 1201 rulemaking proceeding to revisit the exemptions to the prohibition against circumvention of the TPMs that control access to copyrighted works. The USCO describes the purpose of the proceedings:

The ultimate goal of the proceeding is to determine whether there are particular classes of works as to which users are, or are likely to be in the next three years, adversely affected in their ability to make noninfringing uses due to the prohibition on circumventing access controls.

As part of the rulemaking process, the USCO groups works into a number of different classes—representative of new and evolving technologies such as eBooks, video games, and software—and then holds rounds of public comments on the status of the 1201 exemptions. It’s a process that solicits comments from stakeholders affected by the circumvention rules, some of whom petition the USCO to renew or expand the exemptions in place. It’s no coincidence the EFF has launched its 1201 “stories” series as the USCO is in the midst of conducting its 7th triennial review.

Back during the 6th triennial rulemaking proceedings in 2015, I had the opportunity to help draft comments on behalf of those responsible for the development and implementation of the TPMs found in DVDs. The comments were in response to a proposal to allow for circumvention of TPMs for the creation of “Noncommercial Remix Videos.” This class proposal addressed remix videos and mashups that had become very popular on YouTube and were often made up of unauthorized clips of popular TV shows and movies. While some of these videos qualify as fair use, many do not. Creators of these videos, also known as “vidders,” and organizations such as the EFF were pushing for a blanket exemption that would allow anyone to bypass the TPMs found on DVDs and Blu-ray discs for the purposes of taking portions of the protected works.

Assuming for the sake of this article that these remix videos, and the film Mary wanted to create in the hypothetical, qualify as noninfringing fair use, hacking digital protection measures to access copyright content simply isn’t necessary to create them. As part of the comments submitted 2015, we detailed the adequate and legal alternatives available including a variety of free video capture software programs. The programs are readily available online, and as someone with no prior experience using such technology, I was able to quickly learn to operate the software and create remix videos. I’d be willing to bet that in the three years since I made the videos, these programs have become even more advanced and user-friendly.

Those advocating for expanded 1201 exemptions for noncommercial remix videos continue to argue that image quality is lost when a user is unable to override TPMs and take clips from the original source material. However, in creating our own remix videos using the free screen capture software which we submitted as an exhibit during the proceedings, we found the loss of quality to be negligible to non-existent. (To view the videos, click on the Proposed Class 7 Exhibit 2 link found here).

But if, for the sake of the argument, we assume that quality is lost, courts have recognized that fair use does not entitle someone to the most convenient access to the highest quality format of the original work. In Universal v. Corley, a case involving the circumvention of TPMs, the Second Circuit stated, “[w]e know of no authority for the proposition that fair use, as protected by the Copyright Act, much less the Constitution, guarantees copying by the optimum method or in the identical format of the original.”* Other courts have agreed with the Second Circuit’s holding, emphasizing that the fair use doctrine does not promise the most “technologically convenient” method of appropriation.**

And perhaps expending a little effort in the creation of a work of appropriation isn’t the end of the world. If a user has to employ a video capture program to create their remix, perhaps they learn new editing skills that lead to a better end product. If a film student recreates scenes from a movie using actors instead of copying the original material, perhaps they discover a director’s calling. If one of the purposes of copyright law is to promote the progress of the arts, perhaps requiring a little effort to appropriate will result in truly transformative and original new works.

In the few years since the last 1201 rulemaking, DVDs as a preferred medium to consume audiovisual content has declined significantly, but TPMs remain a vital mechanism for controlling a variety of copyrighted works such as video games, software, ebooks, and streaming content. Unfortunately, “stories” that insist hacking digital protection measures is the only way to achieve a desired result misleads the public by conveniently failing to mention workable alternatives. As the Copyright Office considers proposed expansions to 1201 exemptions, it should remember that legitimate fair uses and the greater purpose of copyright can be achieved without decimating one of the few remaining ways creators and copyright owners are able to control their works.

Earlier this month, scholars at the American University Washington College of Law’s Program on Information Justice and Intellectual Property (PIJIP) published a paper suggesting that governments around the world should consider weakening... Continue →