I see it fitting that my inaugural post for this project involves three things that hold a special place in my heart: Intellectual property law, South Park, and the Washington Redskins (yes, I just typed Redskins). South Park debuted in 1997, and immediately attracted my attention as a irrepressible 16 year old with its crude and irreverent humor. While I admit that I haven’t watched as religiously in recent years as I once did, I try to tune in when I know Trey Parker and Matt Stone are going to take a polarizing issue, cram it into their warped blender, and toss it back into society’s collective face. I also live in the metropolitan D.C. area, and though it’s tough to be a fan these days, I’m inundated with news of the Redskins team name controversy. 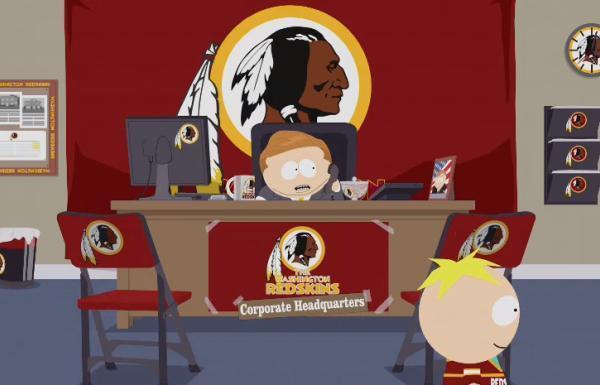 The episode lampooned Redskins team owner Dan Snyder, the organization, and the team name in typical South Park fashion. Nearly every frame in the 20-some-odd minute program was plastered with the Redskins name and recognizable burgundy and gold logo. You may have heard the United States Patent and Trademark Office recently cancelled many federal trademarks for the name Washington Redskins, finding the name disparaging to Native Americans. But the organization appealed this ruling, and for now continues to own the rights to those federally registered trademarks. So how exactly can a show like South Park make such brazen use of the mark without consequence?

A common misconception is that because the episode was a parody, it qualifies as fair use and therefore the Redskins organization has no legal recourse against South Park. While it is true that the South Park episode is safe from trademark infringement claim, it has more to do with the concept that there is no likelihood of confusion among the consumer/viewer that the Redskins have any affiliation, endorsement or sponsorship of South Park. Likelihood of confusion is the cornerstone of any unfair competition or consumer protection claim, and in this case it would be difficult to argue that any reasonable viewer would be confused to the point of believing that the Redskins organization was involved in the episode.

But even if no likelihood of confusion exists, a trademark owner may still have a claim against an unauthorized use under the concepts of trademark dilution and tarnishment. Passed in 1995, the Federal Trademark Dilution Act protects well-known trademarks from unauthorized use that would lessen the capacity of the famous mark to identify or distinguish goods or services. The Act was amended in 2006 (TDRA) to require only that an unauthorized use was likely to dilute the protected mark, not that it had actually diluted the mark. That may sound like lawyer speak, but consider the trademark-protected shape of a Hershey Kiss candy. 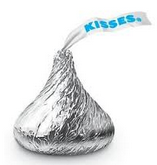 If a company was allowed to start selling medicine or rat poison in the same shape as a Hershey Kiss, that shape would lose its distinctiveness, regardless of whether a consumer is confused as to what they are purchasing.

The problem with a dilution claim when it comes to parody is that the inherent nature of parody is to copy or recreate something society will recognize. To succeed on a dilution claim against a parody, the use would have to be so outrageous or degrading as to qualify as tarnishment. Tarnishment occurs not when an unauthorized use dilutes a mark, but when the use creates a negative visual association that harms the reputation of the mark. Claims of tarnishment usually involve a defendant using a famous mark in a manner suggestive of sex or drugs.

So, long story short, South Park is probably safe from Dan Snyder’s army of lawyers. The fact that the show is an obvious parody/critique of the franchise and its name, combined with the improbability of any confusion over the Redskin’s endorsement of the show, tips the scales in favor of fair use. While its not unfathomable that Dan Snyder would attempt to bring a tarnishment claim, my guess is that he would have trouble proving that South Park damaged or tarnished the good will of his trademark (at least anymore than it already has been).

For those of you dying to know more about the Trademark Dilution Revision Act
https://www.govtrack.us/congress/bills/109/hr683/text#

If you want to change the Redskins name
http://petitions.moveon.org/sign/washington-redskins-please

If you want to keep the Redskins name
http://petitions.moveon.org/sign/keep-the-washington-redskins

Crossposted from the CPIP blog In a letter submitted to House Judiciary Committee today, nine IP scholars (organized by CPIP’s Sandra Aistars) express their support for the Committee’s proposal to modernize the Copyright Office. The... Continue →