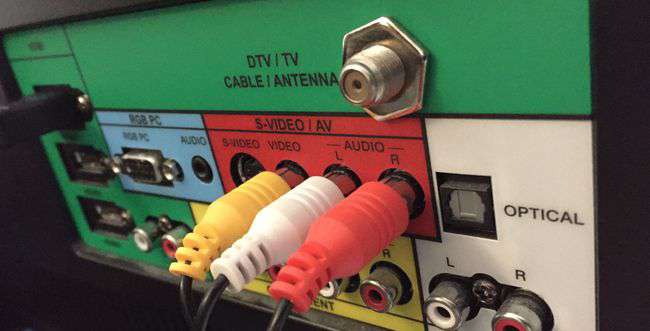 Late last month, a preliminary injunction was issued in favor of Netflix, Amazon, and six major studios in their case against the manufacturers of the set-top streaming device TickBox TV. The order comes as use of piracy-enabling streaming devices is on the rise, and it represents an initial victory in the fight against stream-based infringement. But while the order is a step in the right direction aimed at ending TickBox’s brazen inducement of copyright infringement, it’s important to understand that the injunction will not disrupt distribution of the TickBox devices and that the ultimate effect on streaming piracy is unclear.

TickBox TV is a device sold by a Georgia-based company that, in many ways, is similar to the popular name-brand set-top devices such as the Roku, Amazon Fire Stick, or Apple TV. It’s an internet connected box that is easily hooked up to a television or computer monitor via USB cable, and, like other streaming devices, acts as a media platform that allows users to download software and apps which then deliver content to the device. But unlike its counterparts which support apps featuring licensed content, TickBox was sold with pre-loaded applications dedicated to delivering infringing content. Furthermore, in case there were any questions about the device’s capabilities, TickBox’s website and promotional materials encouraged piracy and offered step-by-step instructions on downloading the latest illicit “add-ons.”

Add-ons are applications developed by third parties, the most popular of which deliver vast catalogues of high-quality, ready-to-stream television shows, movies, and live TV. The offerings are largely made of up of pirated material, making the add-ons’ delivery a direct infringement of the copyright owners’ right of public performance and distribution. Manufacturers of devices like TickBox often point the finger at the add-on developers as the true bad actors, claiming they have no control over the applications users choose to download after purchasing the device.

While streaming devices preprogrammed with illicit add-ons are now gaining popularity in the US, authorities in the United Kingdom have been dealing with a boom of “Kodi box“ sales over the last few years. A recent report from the UK’s Intellectual Property Office notes that 19% of adults watch pirated material through set-top box streaming devices—nearly three times as many as estimated in the US. Urged into action by broadcasters such as the BBC and Skye—as well as the English Premier League—recent efforts by English authorities to curb the distribution of Kodi boxes have involved prosecuting those offering preprogrammed boxes for sale on eBay, with stiff penalties aimed at deterring similar conduct.

With clear liability for direct infringement falling on add-on developers, some question why copyright owners just don’t go directly to the source of content. Unfortunately, the streaming piracy model is organized in a way that makes going after the source of the content extremely difficult. The add-ons are often based in foreign countries and are in a state of constant transformation. Once an add-on gets popular enough to draw the attention of rights holders or law enforcement, it will shut down, only to be immediately replaced by another service offering the same content. There are countless websites that provide rankings of the best add-ons—or those that offer the most pirated content—and the lists are constantly changing and being updated.

If this situation sounds familiar, it’s because the exact same whack-a-mole conundrum has for years frustrated copyright owners trying to confront illegal downloading and torrent sites—only now, it’s all about the stream. The people behind the most prevalent and successful piracy websites and add-ons aren’t stupid. They know how to survive in the gray areas of the law and reinvent themselves when the heat is on. When websites such as the Pirate Bay or Kickass Downloads were finally facing real consequences in the form of seized domains, they quickly shifted the same infringing content to a new domain—a process known as mirroring. The add-ons are taking a page from this play book, and there’s always another application ready to go that is the same as the one before in everything but name.

So then why go after TickBox? TickBox and similar devices such as preprogrammed Kodi boxes and the now-targeted DragonBox provide a gateway to the add-ons’ pirated material. They represent a technology that can be used for noninfringing purposes—just like a VCR or torrent website—but whose business model is based primarily on facilitating infringement.

Suppliers of these kinds of technologies are usually able to skirt liability by turning a blind eye to the illegal activity of their users, so long as their devices can be show to have substantial non-infringing uses. But TickBox made the fatal mistake of blatantly encouraging and inducing infringement. As the complaint details, TickBox’s advertisement of its ability to connect customers with illicit add-ons that store and stream unauthorized content, along with promoting itself as a way to access content available from legitimate distributors “ABSOLUTELY FREE,” constitutes active inducement of copyright infringement. Additional language in TickBox’s promotional materials included the following:

You can see almost every movie and TV series ever made. You can even access movies and shows that are still on Demand and episodes of TV that were just aired. You will never pay to watch any of them.

While TickBox may not be liable for the direct copyright infringement committed by the add-ons, their behavior shows clear (1) knowledge of and (2) material contribution to infringement. The record is replete with instances of flagrant and intentional inducement of infringement, providing evidence that TickBox was fully aware that people were using their boxes to watch unauthorized content. Their material contribution was simply the provision of physical devices that can facilitate and enable infringement.

The combination of these two elements represents clear liability for contributory copyright infringement. Indeed, in its preliminary injunction the court—relying on landmark contributory infringement cases involving websites facilitating illegal downloading—found that “TickBox may be held contributorily liable under Grokster and Fung because it has served as the intermediary between third parties who directly infringe upon Plaintiffs’ public performance rights and its customers, who become a necessary component of the infringement.”

While some are cheering the injunction as a blow to TickBox that will deter similar device manufacturers, it’s important to understand what activity the order doesn’t enjoin. It seems that after TickBox was named in the complaint, some of the obvious language of inducement was re-phrased or removed from its website and promotional materials, and pre-loaded links to illicit add-ons were no longer included in newly manufactured devices.

As it stands, the injunction merely compels TickBox to maintain the “status quo”—meaning maintaining the post-lawsuit modifications to the device’s interface, which “seemingly no longer contains links to the themes or add-ons that Plaintiffs have specifically flagged as problematic.” Plaintiffs have requested that Tickbox implement a software update to already-distributed boxes that would disable or remove add-ons that facilitate infringement, but TickBox pushed back on this idea, and the injunction only advises that the parties “attempt to reach an agreement” that would address the issue.

There’s nothing stopping TickBox or any other device manufactures from distributing similar devices with the same ability to facilitate infringement through add-ons; the only thing they can’t do is advertise its infringing capabilities. And at this point, the word is out on TickBox and how it can be used to access masses of unauthorized content. There are countless websites that users can visit to get step-by-step guidance on downloading add-ons and using TickBox for the same illegal uses the lawsuit was brought to prevent. So while the injunction is a good start, just what effect it will have on stream-based piracy remains to be seen.

Copyright in 2017: A Question of Leadership

2016 was a year no one will soon forget. In the fall, the world was shocked by the replacement of a competent and dependable leader by a bully with no government experience and little regard for Washington politics. A feeling of... Continue →