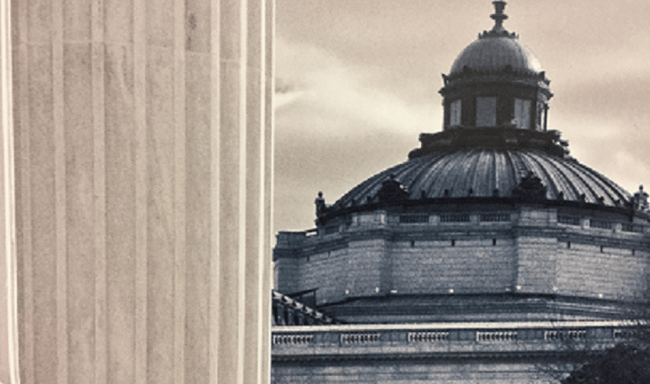 Next week, the Copyright Alternative in Small Claims Enforcement (CASE) Act is scheduled for markup before the House Judiciary Committee, promising long-overdue support for small creators and copyright owners in their fight against overwhelming infringement in the digital age. While the bill has bipartisan support and the backing of a wide array of individual creators, artist organizations, and the creative industries, some detractors are now raising questions of constitutionality in an attempt to interfere with the bill’s passage. But the constitutional argument is merely a meritless rhetorical refrain put forward to mask a steadfast resistance by certain companies to any effort to impose accountability for online infringement.

A product of years of advocacy on behalf of the creative community and a thorough report by the Copyright Office, The CASE Act would create a Copyright Claims Board (CCB) within the Copyright Office to hear claims brought by individual creators and copyright owners. It would provide a venue to address rampant copyright infringement online, empowering a class of creators who have limited means and few opportunities to protect their intellectual property. The idea of a routinely ignored group of artists and copyright owners finally having a venue to protect their rights has infringers and those who enable infringement spooked, and they’re struggling to defeat the CASE Act in any way they can.

A testament to the CASE Act’s sound provisions is the fact that its critics are left grasping for challengeable issues. One of their tactics has been to contest the constitutionality of an administrative Article I court that would render decisions affecting intellectual property rights. It’s actually somewhat of a crafty approach to impeding the bills advancement, if only because of the inevitable reaction that comes any time the word “unconstitutional” is uttered. But regardless of the strategic game being played, anyone willing to pay attention will see that the creation of a Copyright Claims Board is clearly constitutional and that arguments to the contrary are hollow.

Some critics claim that the establishment of an alternative dispute forum within an executive agency would violate Article III of the Constitution, arguing that because the cases involve private property rights, they must be heard by an Article III tribunal. It’s an unconvincing argument that ignores hundreds of years of Supreme Court analysis which confirms Congress’s right to create special tribunals that adjudicate a variety of disputes outside the federal court system. As my colleague, Sandra Aistars, explains in her detailed article on copyright small claims, examples of these non Article III courts or administrative agencies include Tax Courts, the Court of Federal Claims, the Social Security Appeals Council, and the Commodities Futures Trading Commission.

But what makes the constitutionality argument utterly groundless is the fact that participation in the small claims court would be voluntary. The Supreme Court has clearly held that a litigant’s right to an Article III decision-maker is violated only when the defendant is involuntarily forced to litigate before a non-Article III court. In Wellness International v. Sharif, the Supreme Court stated that “the court has never … h[e]ld that a litigant who has the right to an Article III court may not waive that right through his consent.”

In the procedure set forth by the CASE Act, those accused of infringement would be notified of a claim against them and have the ability to “opt out” of the process. The voluntary nature of the process adheres to Supreme Court precedent and is entirely consistent with Article III of the Constitution.

Critics of the CASE Act have also pushed for the small claims process to be “opt in,” rather than “opt out,” meaning that unless a defendant actively agrees to participate, the case cannot go forward. Essentially, a defendant could ignore any notice of a claim against them without consequence, drastically weakening the small claims process the CASE Act seeks to promote. It’s a brazen proposal, and it’s one that elevates a culture of casual misappropriation and disregard for small creators above a culture that promotes respect for the property rights of others.

The groups challenging the CASE Act represent tech companies that rely on the content and creative works of others to thrive, and the fight for the CASE Act has become a battle between these dominant entities and exploited creators. As these tech companies have consolidated wealth and power in ways few thought possible, they’ve garnered considerable influence in Washington, and they are working to shut down the first opportunity individuals and small businesses in the arts have to enjoy the fruits of their constitutionally guaranteed property right.

The tide is turning in the way we interact with technology and the internet and what we as a society expect from the companies that control our digital existence. Business models that enable companies to profit off intellectual property theft must be challenged. It’s not particularly surprising that these new global titans would resist efforts like the CASE Act that plan to inject accountability into cyber space, but let’s not be fooled by empty arguments aimed at distracting us from moving towards a greater respect for creators in the digital age.

Earlier this month, a federal judge in New York denied a motion to dismiss a copyright infringement suit against notorious “Instagram artist” Richard Prince, setting the stage for another transformative fair use showdown. The lawsuit is... Continue →