Google Books and the Need for Supreme Court Clarification 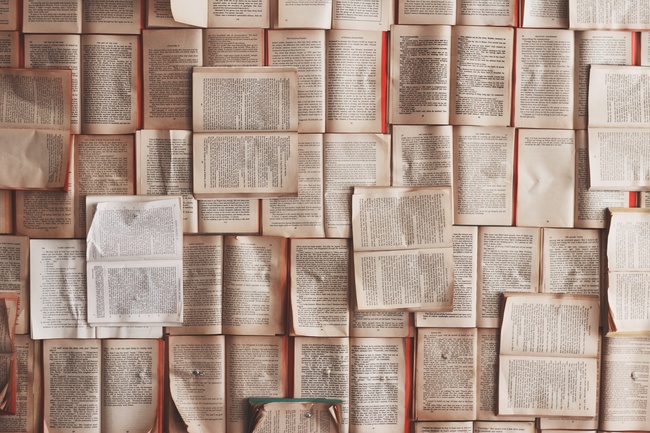 On October 16, 2015, the Second Circuit upheld a district court summary judgment ruling in favor of Google and affirmed that the unauthorized scanning of millions of books, as part of the decade long Google Books project, qualifies as transformative fair use. In the opinion, the Second Circuit asserts that Google’s creation of a “data mining” search function and the display of only small snippets of the books represents a transformative purpose and that the revelation of snippets of text will not provide a market substitute for the original works. But the court mistakenly assumes that the protected, expressive content of the scanned works will not be communicated through the snippets of text, when in fact expressive content can and will be revealed and have a damaging effect on the marketplace for the original works.

The Google Books project began in 2004 when the tech giant announced its plans to start scanning millions of books from the collections of prominent research libraries and universities. According to Google, the goal of the project was to create a massive online searchable database similar in purpose to a library card catalog system. The project was immediately scrutinized by proponents of intellectual property rights who saw the copying of full texts as a clear violation of authors’ exclusive rights that
would ultimately strengthen Google’s dominance in the search engine market and increase advertising revenue for the private company. In September 2005, the Authors Guild and a group of individual writers sued Google for copyright infringement and now, after ten years of back and forth and a rejected settlement proposal, the Second Circuit has found Google’s project to be a transformative fair use.

Copyright law allows authors to incorporate portions of protected works into new creations when the purpose and character of the resulting work is sufficiently transformative. In Campbell v. Acuff-Rose, the Supreme Court provided a framework for determining whether a work is transformative, explaining that a transformative use is one that “adds something new, with a further purpose or different character,
altering the first with new expression, meaning, or message.” But courts have interpreted this to include works with a transformative purpose or meaning even if the resulting work adds no new expression or
alteration of the original work.

While Google’s copying of entire books and subsequent revelation of portions of text clearly adds no new expression to the works, the Second Circuit believes that Google’s storage of the contents of the books
and “mining” of the content for the extraction of information represents a “highly transformative” purpose. Google claims that in scanning the books it is creating a massive digital database that enables members of the public to enter search terms and get in response a list of all the books in which those terms appear as well as the number of times the term appears.

If lists and numerical data were all that Google was providing a user, this would qualify as a fair use in that they have created an index that provides only information about the book, not actual content from the text. In Amazon v. Perfect 10, the Ninth Circuit found that Google’s framing and hyperlinking as part of an image search engine was highly transformative because the purpose was not artistic expression, but the retrieval of information. But Google’s display of portions of text in the Google Book project goes beyond retrieving information about the books, offering the author’s expressive, protected content.

The Second Circuit explains that the creation of complete digital copies of copyrighted works will result in transformative fair uses when the copies “served a different function from the original.” But, as Columbia University School of Law Professor Jane Ginsburg points out in her criticism of the opinion, when examining the snippet provided as an example in the court’s opinion it’s unclear if the snippets offer sufficient information about the books to perform the transformative fair use function and the snippets may indeed contain expressive content. If users of the Google Books search service are accessing the snippets not for information about the book, but for the book’s protected content, then Google Books is serving the same function as the original and should not be able to appropriate the text without authorization for the copyright holder.

The fourth factor of a fair use analysis asks whether the new work will have an effect on the potential market for the original work. This factor has proven very important in determining infringement with leading copyright scholars arguing it “is undoubtedly the single most important element of fair use.” Surprisingly, the Second Circuit dismisses as negligible the damaging effect of providing snippets of text, even though the revelation of snippets are sure to result in lost sales for the authors.

The Second Circuit repeatedly describes the Google Books project as “furnishing information” to users of the service, but it fails to take into account those who will inevitably use the service to retrieve the expressive information found in the text and thereby avoid an authorized acquisition of the text that would compensate the author. While the snippet displays wouldn’t threaten to displace novels and other works of fiction, the vast majority of scanned books are non-fiction and even a small revelation of text could communicate information that would obviate any need to purchase the book.

This is particularly worrisome for those dedicated to scholarly research due to the ability to access an author’s research based conclusions and expressive opinions without authorization. Years of
research and scholarship can often be condensed into short, descriptive paragraphs that summarize the entire works and revealing these texts would satisfy the needs of many would-be purchasers of the original books.

In Harper & Row v. Nation Enterprises, the Supreme Court made the important pronouncement that the portion of an original work can still be substantial even if the amount is small in comparison to the work as a whole. At issue in Harper was a magazine’s publication of 300 to 400 words of quotes from a 500- page memoir of former president Gerald Ford that described his controversial pardon of Richard Nixon. The Court concluded that because these quotes were the “heart of the work,” it didn’t matter that they represented only a small portion of the whole book and that because the magazine published these significant quotes, the effect on the potential market for the memoir was very damaging.

It’s clear that a snippet, no matter the length, can communicate the heart of an author’s work that represents the fruit of his or her labor. Because of the massive scale of the Google Books project, the effect on the existing or potential market for the original works will be devastating. If authors are unable to realize the rewards the copyright system has guaranteed them in the form of exclusive rights in the works, creativity and authorship will surely suffer in the long-term.

The Authors Guild and their supporters agree that the creation of a database of scanned texts and the dissemination of information about the texts is an important way to enrich public knowledge, but insist that the creators and authors of these texts must be able to realize the rewards of the copyright system in order to encourage creation and future authorship. Intellectual property protection is an integral part of a prosperous and productive culture of authors and artists, and the Second Circuit’s misinterpretation of fair use stands to have a damaging effect on copyright incentives and authors’ potential income. The Authors Guild has announced that it plans to appeal the Second Circuit’s decision and the Supreme Court
will now have the opportunity to correct the Second Circuit’s reductive fair use analysis, set the record straight on transformative use, and perpetuate a beneficial balance of promoting the progress of the arts while protecting the rights of creators.

Earlier this week, it was announced that Netflix would be joining the Motion Picture Association of America (MPAA) as the film studio coalition’s first streaming platform member. It’s also been reported—albeit with less fanfare—that... Continue →