Updated TickBox Injunction and the Fight Against Add-Ons 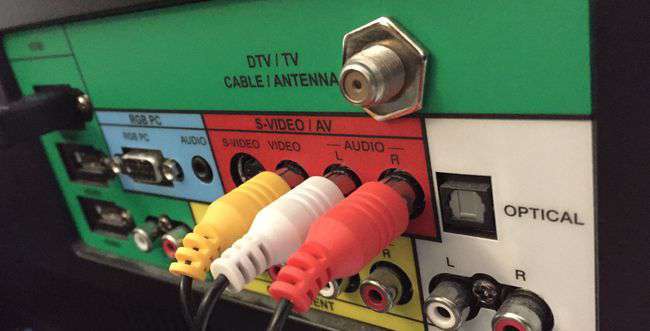 Earlier this month, I wrote about a preliminary injunction handed down in favor of Netflix, Amazon, and six major studios in their case against the manufacturers of the set-top streaming device TickBox TV. While the order targeted the blatant language of inducement TickBox was using to promote the illicit capabilities of its streaming device, questions remained over what other steps, if any, TickBox would have to take to address boxes that were sold with built-in, piracy-enabling applications. In a significant update to the injunction, a Federal District Court in Los Angeles has ruled that TickBox must, among other things, implement a software update that will delete or disable previously installed applications associated with pirated content.

The initial injunction, while certainly a step in the right direction, left unresolved questions surrounding devices that had been distributed with third party add-ons or “themes” which provided access to massive amounts of infringing material. Countless devices had been shipped out to customers as ready-to-use illegal streaming devices (ISDs), and the initial injunction—despite leaving open the possibility for increased responsibilities on the part of TickBox—did not require TickBox to act on the already sold boxes. But in the modified order, Judge Michael Fitzgerald of the U.S. District Court for the Central District of California orders that TickBox:

• Shall not include or provide links in its launcher to any “build,” “theme,” “app,” “addon” or other software program that TickBox knows or has reason to know links directly or indirectly to third-party cyberlockers or streaming sites that transmit unauthorized performances of copyrighted motion pictures or television shows.

• Shall issue an update to the TickBox launcher software to be automatically downloaded and installed onto any previously distributed TickBox TV device that will delete infringing add-ons downloaded onto the device prior to the update, and shall ensure that such updated launcher software is installed on all TickBox TV devices shipped after the date of this Preliminary Injunction.

• Remove all access points on the TickBox home screen that take users to menus to download software, apps, or add ons that link to pirated content.

Requiring TickBox to proactively address the issue of already distributed devices through a software update is a significant development, and it was something TickBox argued was beyond its right and capabilities. According to TickBox, removing previously downloaded add-ons from devices would mean “hacking” into customers’ boxes, which it argued would “expose it to thousands of potential claims.” But Judge Fitzgerald rejected this claim, noting that TickBox had regularly implemented software updates to already distributed devices.

Recognizing the amended injunction, a spokesperson for the Alliance for Creativity (ACE)—which includes in its members many of the named Plaintiff content creators and studios—praised the order for expressly prohibiting TickBox “from providing unauthorized access to movies and television shows on any of its devices – now or in the future,” and for setting an important precedent in the fight against stream-based piracy.

Going to the Source

While this development is a clear indictment against manufacturers of devices who include or promote the use of illicit applications, my earlier post discussed the difficulty in curbing the spread of the third-party add-ons that deliver unauthorized content to devices such as TickBox. After all, even if TickBox is required to implement an update that removes preprogrammed, piracy-enabling add-ons, these types of applications are constantly being developed and relaunched under different names, and customers may be able to easily download a clone add-on after the TickBox update.

Perhaps with this very concern in mind, the ACE recently launched an offensive against alleged developers of applications that facilitate massive copyright infringement. The same week the updated injunction was issued, reports of ACE-issued cease and desist letters began surfacing both in the United States and abroad. While some recipients seem to be taking the warnings more seriously than others, the letters represent efforts by an industry that realizes it must get to the source of the infringing content to effectively curb piracy. It’s a strategy that has been stymied by the whack-a-mole and clandestine nature of websites and apps built on copyright infringement, and it’s unclear whether the ACE’s focused offensive will succeed.

One encouraging sign is that the ACE cease and desist letters have already resulted in at least one Canada-based add-on developer to shut down, and with others realizing they’re no longer flying on the radar, perhaps ACE’s efforts will deter the development of applications that feed stream-based piracy.

Last week, the Electronic Frontier Foundation (EFF) launched a series of “science fiction stories” as part of their ongoing crusade to invalidate Section 1201 of the Digital Millennium Copyright Act (DMCA), which prohibits the... Continue →