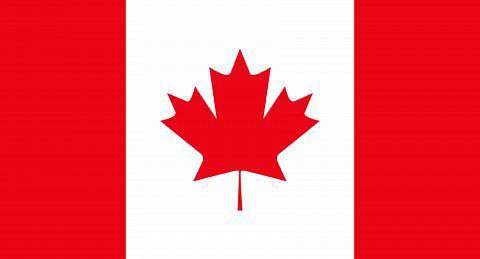 Earlier this month, the United States Trade Representative (UTSR) released its annual Report on the global state of intellectual property rights, identifying a range of threats to worldwide innovative markets and calling out countries with insufficient IP protection and enforcement mechanisms. And while the Report’s inclusion of certain troublesome jurisdictions—such as China and Russia—should come as no surprise, a renewed focus on the US’s neighbor to the north has raised eyebrows.

For the past 30 years, the USTR has published an annual review of the state of IP among the United States’ trade partners aimed at maintaining and encouraging a global environment that fosters innovation and investment. This year’s report describes its objective as making use of “all possible sources of leverage to encourage other countries to open their markets to U.S. exports of goods and services, and provide adequate and effective protection and enforcement of U.S. intellectual property (IP) rights.”

One of the ways the USTR report works to ensure that US owners of IP have a fair opportunity to safely commercialize their IP around the world is to pinpoint foreign jurisdictions where laws, policies, and practices “fail to provide adequate and effective IP protection and enforcement for U.S. inventors, creators, brands, manufacturers, and service providers.” It’s a strategy that uses exposure and awareness to influence the development of more effective IP rights among underperforming nations, and despite initial dismissals of the Report by named offenders, it usually results in countries making efforts to improve their IP systems.

Keeping with this tradition, the 2018 Report provides a list of 36 trading partners whose treatment of IP represents the greatest barriers to fair trade and secure markets for IP-intensive goods. 24 of the identified counties are included in a Watch List, while the remaining 12 fall into the Priority Watch List (PWL), a designation that represents “the most significant concerns” regarding IP protection.

The PWL includes China for the 14th consecutive year, highlighting the widespread online piracy, trade secret theft, counterfeiting, and coercive tech transfer practices that continue to frustrate its trade partners. Joining China on the PWL are Algeria, Argentina, Chile, Colombia, India, Indonesia, Kuwait, Russia, Ukraine, Venezuela, and Canada, which represents the only G7 country on the list and whose inclusion has ruffled some (loon) feathers.

Though the USTR has recognized a less-than-ideal IP landscape in Canada over the years, the 2018 Report downgrades the country to Priority Watch List status after five years on the Watch List. The Report justifies its move as a response for Canada’s failure to make progress on important IP enforcement problems. The Report explains:

Key concerns include poor border enforcement generally and, in particular, lack of customs authority to inspect or detain suspected counterfeit or pirated goods shipped through Canada, concerns about IP protections and procedures related to pharmaceuticals, deficient copyright protection, and inadequate transparency and due process regarding the protection of geographical indications.

Reaction to Canada’s inclusion in the Report’s PWL has been mixed, with some attacking the USTR’s methodology and others expressing disbelief that a developed G7 country could be as negligent in the protection of IP rights as some of the other countries on the list. But, unfortunately, those paying attention to copyright developments in Canada know that the USTR’s concern is warranted.

For the past few years, publishers and authors of educational materials in Canada have been dealing with the inequitable treatment of their works through the country’s vague fair dealing guidelines—a doctrine that guarantees exceptions to copyright similar to US-style fair use. The Report calls out broad and confusing education-related exceptions to copyright that are threatening the market for educational publishers and authors, ultimately finding that “Canada does not provide full and fair national treatment with respect to copyright and related rights, and has specifically denied U.S. creators and performers remuneration to a greater extent than other countries.”

In addition to the mistreatment of publishers and authors, Canada continues to be a hotbed for the development and distribution of the piracy enabling apps that feature prominently in the Kodi box, Tickbox, and other similar illegal streaming devices (ISDs). Cease and desist letters have targeted some of these developers, but, as I’ve noted in past posts, it’s a frustrating game of whack-a-mole that sees new apps pop up soon after a popular one is shut down.

The Report also calls out Canada and others as “examples of online marketplaces reportedly engaging in commercial-scale online piracy, including sites hosted in or operated by parties located” in the countries. These piracy sites include those dedicated to stream ripping—the unauthorized conversion of a file from a streaming site into a pirated copy—which has become the most popular way to steal music and is contributing to the widening value gap and exploitation of creators and copyright owners on YouTube.

Considering these shortcomings, maybe it shouldn’t come as such a surprise that the USTR has downgraded Canada to the Priority Watch List. Critics of the report claim that it is biased and influenced by copyright “maximalist” groups and anecdotal evidence, but the USTR public engagement leading up to the report included written submissions and testimony from a variety of stakeholders. Perhaps as a federal agency dedicated to studying the trade related aspects of IP protection and enforcement, the USTR found the concerns of creators and IP rights owners with regard to Canada to be legitimate and compelling.

A critic of the USTR Report recently panned it as a “crazy system where patent and copyright holders complain to the USTR when they don’t like the way a law has been implemented.” Indeed, the concerns of these parties are taken seriously by the USTR, but rather than blindly acquiesce to the demands of any one group, the agency relies on 30 years of experience and knowledge of global IP systems to determine the seriousness of threat levels.

Few question the inclusions of China and Russia on the PWL, but when the Report shines a light on problems closer to home, suddenly it’s rejected as biased and unfair. But after the initial embarrassment and outrage dies down, hopefully Canada will work a little harder to protect innovators and creators (both domestic and foreign) and avoid making the “naughty list” two years in row.